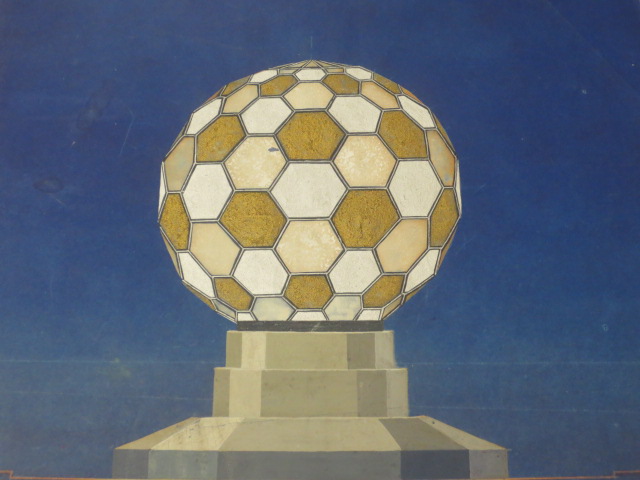 I am going back in time to the 1930’s to show you some beautiful artwork, reflecting the art-deco style.  Again these were made by an  “outside” designer who signed as A.C.Dilly, Paris, France no less!  The featured picture is a design for a pylon in the style of a globe but in 2014 it does remind us of a modern day object – the football.

Even this plan looks like one of the stages at Glastonbury!

However they are wonderful and the Illuminations would have looked so stylish…..

Here is another design made at the same time.

Bye the way, I wonder if anyone saw “The Culture show” on BBC2 last week, a programme on Folk Art featuring a piece on Blackpool Illuminations including some artwork from the collection. If you get a chance to see it, do watch it.